It seems that in 1943 the foundation of the Comparsa de Estudiantes eldense began to be considered. In this year people were seen for the first time dressed as Estudiantes with some costumes that had been lent to them in Petrer. They were Julián Maestre, Jorge Juan Gutiérrez, José Vera (Barata) and Antonio Juan Navarro.

It seems that in 1943 the foundation of the Comparsa de Estudiantes eldense began to be considered. In this year people were seen for the first time dressed as Estudiantes with some costumes that had been lent to them in Petrer. They were Julián Maestre, Jorge Juan Gutiérrez, José Vera (Barata) and Antonio Juan Navarro. 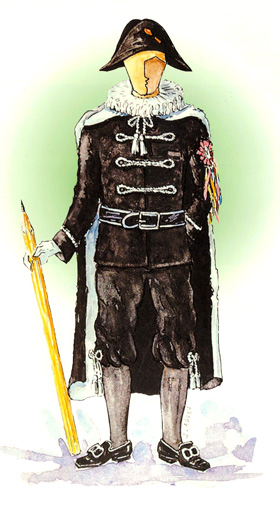 The Aguado family was also the promoter of this Comparsa; don Maxi Aguado collaborated and helped at all times.

The first flag in 1944 was given as a gift by Balbina Navarro Poveda, and was made in “La japonesa”, a shop in Alicante.

The first years were established the collection of fees to maintain the Comparsa. Even the music, contracted to the Group “LA MATRACA” of Játiva, or the expenses of hiring the float, were paid by one of the families of the founding members.

A group of Elders with a festive vocation were the architects of this creation. Conchita Gosálvez Bergel, Flag bearer in the years 1945 and 1946 wrote in the Magazine of La Comparsa de Estudiantes de Elda (nº 3) a work entitled Recuerdos de una Abanderada where she comments:

In January 1944, Carmen, Camarroja’s wife, who was the first Captain, proposed to my mother that I leave Abanderada. Once the position was accepted, a group of us went to Sax to watch the festivities.

The Comparsa was founded by: the Navarro brothers, Juanito Mira, Pepín Tendero, Torderica and some others. The young people: Pepito Barata, Antonio Juan, José Navarro, my two brothers Antonio and José Antonio, this one was 6 years old, like Isidro Aguado, Antonio Porta (son) and some others”.

We cannot forget a woman who was the cornerstone of this foundation, Balbina Navarro, Rafael and Ramón’s sister, who dedicated a lot of time and money to make the Comparsa de Estudiantes a reality in 1944.

She encouraged her son Antonio and José Vera to create the Comparsa de Estudiantes to which she dedicated herself body and soul, so it is not surprising the greetings she received from the Students during the parades when they presented her with the pencils as a sign of admiration and respect.

In January 1944 some fourteen people dressed as Students appeared at the San Anton Festival, wearing costumes that had been lent to them by friends of Villena and Petrer. It is very significant that without being the Comparsa founded there was a Flag Bearer in the Festival: Ventura González Vera. During this same year was created the Shield of the Comparsa that consists of a spoon and a fork.

The Founding Members were the following:

From here, the Comparsa began to grow, passing the management of the same by different directives, reaching its peak in the eighties, where it surpassed the thousand of comparsistas.

It currently has as Honorary Presidents José Vera Juan (being his longest serving partner) and Antonio Miguel Lucas Díaz, and as Honorary Festera Eugenia García Casáñez. 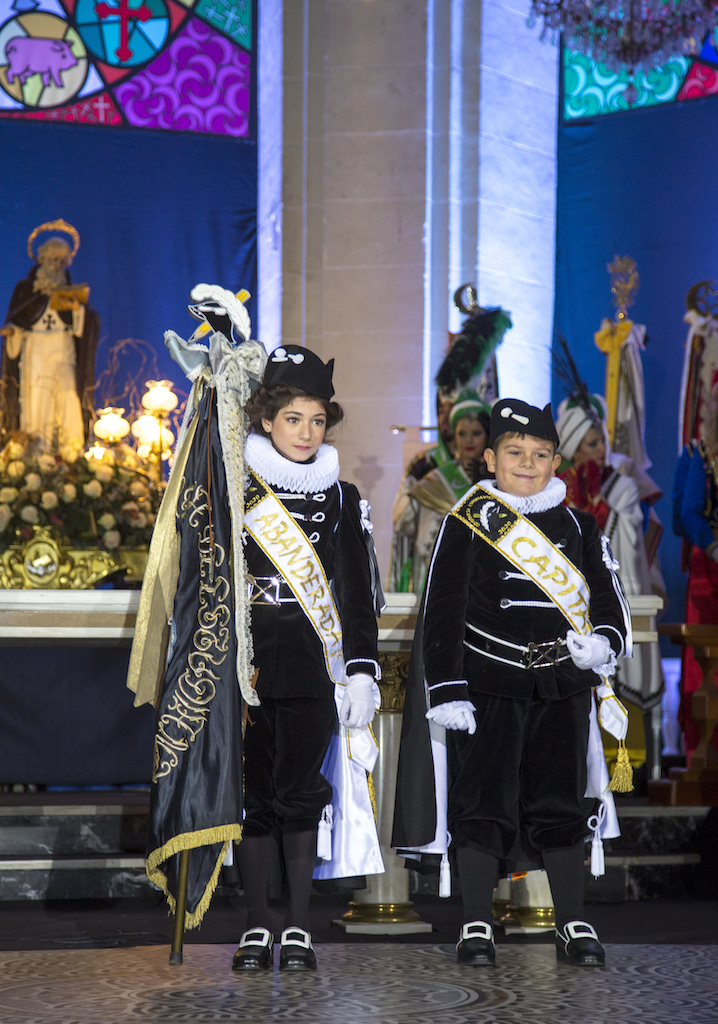 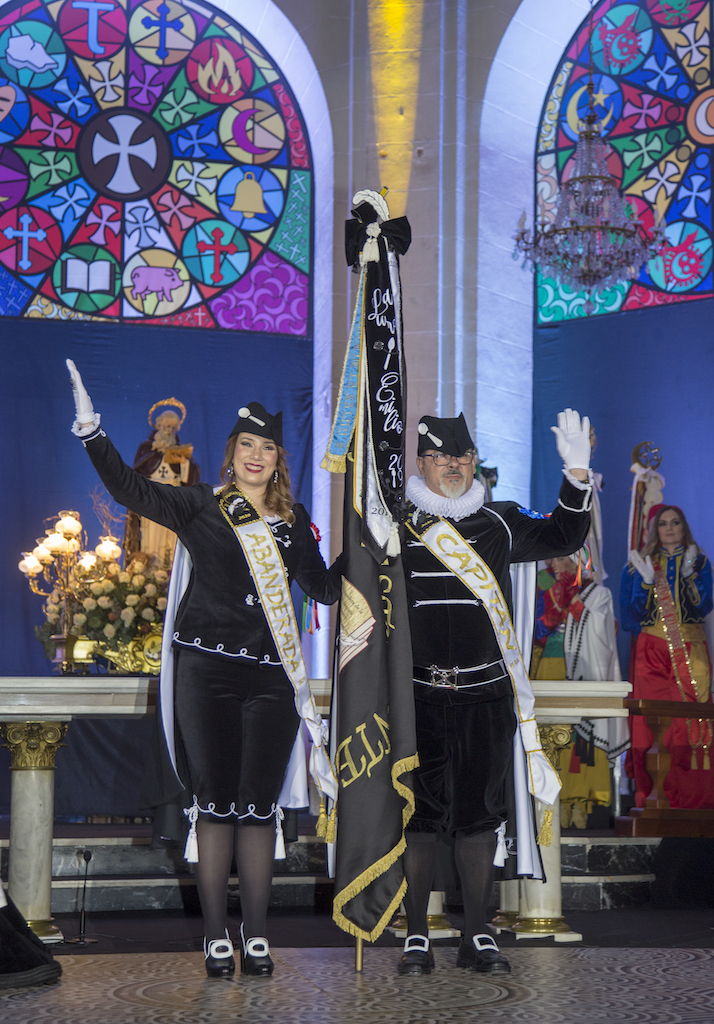